On 20 May 2010  De Zalze Board through their representative Jan Hanekom Partnership commented on the the rezoning application for the Southern Extension.

In it the De Zalze Board commented as follows:

“The developer was informed that the procedural restrictions of the Articles of Association of the De Zalze Winelands Golf Estate Home
Owners Association would allow for a Special General Meeting to be called at the earliest by the end of May 2010 and that, without such a mandate, the Board of Directors could not reach any agreement with the developer”

An application for rezoning within De Zalze requires the Home Owners Association approval letter before it can continue.

The letter creates the impression, see point 5, that the De Zalze home owners have agreed to this application for rezoning.

Are you as a home owner aware that the above letter was issued on your behalf? 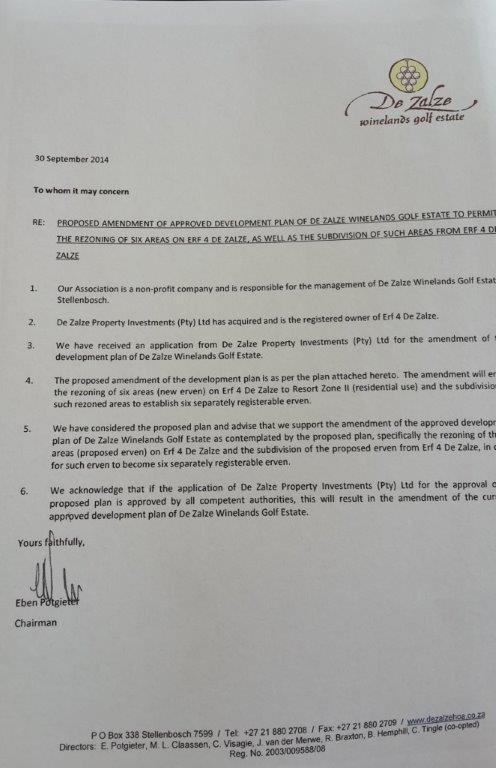